Instead of fulfilling their international obligation and making sure that the Islamic Republic’s laws are in compliance with international human rights treaties, the Iranian authorities try to sap the universality of human rights. 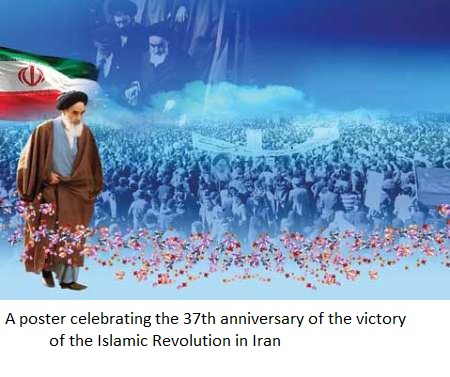 Last week the Islamic Republic of Iran (IRI) celebrated the 37th anniversary of its foundation.

During the 37th year of the IRI’s history, international public opinion hoped for and was relieved to witness the positive results of years of international negotiations that led the IRI to comply with the Nuclear Proliferation Treaty (NPT). The NPT is not the only treaty to which Iran is a party.  The International Covenant on Civil and Political Rights (ICCPR) is one of the important human rights treaties to which Iran is also party, and, alas, the international community did little to encourage Iran to comply with its no less mandatory requirements.

While Iranian officials were touring European capitals and signing commercial and economic contracts, Iranian human rights activists, such as those working at the Abdorrahman Boroumand Foundation (ABF), were gathering the results of their research on the human rights situation in Iran. These results point to another reality, a tragic one, less visible but no less crucial than the nuclear issue, for it affects the lives of thousands of citizens, and its devastating social consequences are yet to be determined.

For the right to life, the most basic human right, which is the focus of ABF’s work, 2015 was marked by a two-decade record high of 1,052 reported executions. 12 people were executed for political offenses and crimes of opinion; at least 5 convicts were executed for alleged crimes committed as juvenile offenders; and Iran witnessed 58 public executions, some of which were attended by children. In a country where violations of due process are codified by law, lawyers are arrested for the crime of defending their clients, judges are not independent,[1] and judicial authorities and security forces are rarely held accountable, the unsettling number of executions and other violations of human rights should constitute an alarming warning to the international community. For seldom are the consequences of gross violations of human rights confined within the borders of the country where they are committed. The drafters of the Universal Declaration of Human Rights (UDHR) were well aware of this truth when they stipulated that: “the equal and inalienable rights of all members of the human family is the foundation of freedom, justice and peace in the world.”


Documenting human rights violations is the necessary step toward addressing them, but surely not a sufficient one, for in the case of the IRI, beneath the tragic facts lies a rationale which provides human rights violators with an ideological and moral justification that empowers them to ignore their international obligations. This rationale, based on the IRI’s rulers' claim that their power and their laws are an extension of divine rule on earth that cannot be defied[2], must be brought to light and challenged, and its fallacies need to be exposed.

Thirty-seven years ago, Ayatollah Khomeini took the reins of power in Iran and laid the foundation for a new and unprecedented form of government ruled by an Islamic Jurisprudent [The Supreme Leader] endowed with an absolute power. The indisputable and irrevocable character of his mandate [Guardianship over the People] was based on his claim to derive it from the “Divine Legislator.” As a consequence, he required the people to “obey” the government he had established. This is not an “ordinary government,” he reminded his audience, this is “Shari’a rule” … “rebelling against this Divine government is rebelling against God, rebelling against God is a blasphemy…”[3]

change based on their free will. IRI officials have no qualms about claiming that their government is sacred. On February 26th, 2015, the IRI’s Prosecutor General, Seyed Ebrahim Ra’isi, declared: “our judiciary is holy and our regime is holy; and no sanctity happens except for the connection with the Sacred.”

To reconcile the IRI rulers’ divine and absolute power with Iran’s international human rights obligations undertaken as a secular Nation-State, Iranian authorities have set out to change the very substance of  rights, rather than reforming their laws and practices in compliance with their obligations. What they deny is the universality of human rights, the very universality that the drafters of the UDHR insisted upon in the following terms: “Whereas a common understanding of these rights and freedoms is of the greatest importance for the full realization of this pledge.”

“Some of these provisions [articles of the UDHR] are subject to various interpretations and as such we shall only adopt the interpretations that we deem compatible with the legal norms and cultural values of the Islamic Republic of Iran.  Furthermore, we have never committed ourselves to accept the Western or European interpretations of these provisions… We shall resist the pressures for imposing on these instruments the values ingrained in Western life style, since the strategy of the Islamic Republic of Iran is based on cultural diversity and Islamic values.”

Larijani denies the universal substance of human rights by alleging that the West has imposed its interpretation of human rights on the world and argues that these rights must derive instead from each individual society’s culture and religious values. This is a misconception. Human rights may have appeared first in the West, the same as Christianity appeared in Palestine, compass and paper were invented in China, arabic numerals in the Near East, and vaccines in France, but what makes these inventions universal is their applicability, appropriateness and value in all societies and at all times.[4]

The content of human rights treaties is not imposed by “Western lifestyle.” it is the outcome of consultations and consensus among representatives of the five continents coming from diverse historic, religious and cultural backgrounds. Human rights are based on human nature, on the fact that one is a human being, and therefore they cannot be relative in any fundamental way.

Iranian prisons are host to dissident Shi’a clerics who contest the government’s interpretation of religious scriptures and values, advocate for the separation of religion and state, and dismiss any religious government as a heresy. The government tries to silence religious dissent by executing, exiling, defrocking or imprisoning clerics and theologians who oppose its views.

Based on his fallacious rationale and in contravention of the UDHR’s article 30 [6],  Larijani considers human rights articles to be no more than empty concepts that any country or  ruler is authorized to fill with their own content.

Therefore, instead of fulfilling their international obligations and making sure that the IRI’s laws are in compliance with international human rights treaties, the IRI tries to sap the universality of human rights: “We should expand and promote human rights on the basis of Islamic rationality and not necessarily liberal imperatives.”

It is worth noting that in a human rights treaty revised by the IRI’s authorities:

- gender equality will change into gender inequality: “In the righteous religion of Islam, men and women do not have equal rights since there is no equality in nature and biologically they are not the same.”

-Stoning will not be considered torture: “Thus, the claim that stoning is not a punishment but a form of torture is inaccurate and stems from a specific and far fetched interpretation of these [human rights] instruments…”

-Homosexuality will not be considered a sexual orientation, but a moral deviance: “In the Iranian legal system homosexuality is considered a moral deviation unrelated to the right to choose a spouse, and is deleterious to the health and well-being of the individual as well as the society.”

-The murder of innocents will be trivialized: “Opposition to execution is based on the assumption that if the judge’s verdict has been rendered in error, there is no possibility of reversal and redress. The same problem, however, may arise in cases that lead to the imprisonment of a convict. As an example, if someone spends fifty years of his life in prison as a result of a judge’s erroneous verdict, there is no way to recover the lost years to the victim. Thus, it is not rational to oppose capital punishment on this ground.”

The international community can and must stand firm against the Iranian authorities’ pernicious subversion of humanity’s highest common moral precepts embodied in the UDHR and its related treaties in the same way it did when the IRI was found in breach of the nuclear Non Proliferation Treaty (NPT). By standing firm on the necessity of full compliance with the NPT, the international community successfully obtained Iran’s compliance with it, and proved that it has the peaceful means to make states comply with their international obligations. Human rights treaties are no less mandatory and no less important than the NPT for a long lasting peace in the Middle East and the world.

[1] Article 164 of the IRI constitution stipulates that judges may be “dismissed, transferred, or re-designated” without their consent, “when the interest of society necessitates it, ..., with the decision of the head of the judiciary branch [appointed by the Supreme Leader] after consultation with the chief of the Supreme Court and the Prosecutor General [both of whom are nominated by the Head of the Judiciary himself] .“
[2] See the IRI Constitution Article 2 (1), and article 6 (a).
[3] Ayatollah Khomeini’s “Ordinance appointing Prime Minister of Iran’s provisional government, Mehdi Bazargan,” February 10th, 1979, in Sahifeh Nur, Vol. 5, Ministry of Islamic Guidance, February 1983, p. 31. In the constitution of the IRI elections are not the expression of People’s sovereignty and will, but People’s mere “opinion”: “In the Islamic Republic of Iran, the affairs of the country must be administered on the basis of public opinion expressed by the means of elections, including the election of the President, the representatives of the Islamic Consultative Assembly, and the members of councils…”  Article 6 [Administration of Affairs]. This is why all candidates for the parliament or presidency need to be vetted by a non-elected body [Council of Guardian] (Article 99 and 110) and to be validated the result of the presidential elections need a decree signed by the Supreme Leader (Article 110). The prerogative of Sovereignty in the IRI’s constitution is not attributed to the people but to God and exercised by the Supreme Leader.
[4] Jack Donnelly, Universal Human Rights in Theory & Practice, Cornell University Press, 2003, p. 69
[5] Anna-Belinda Preis, “Human Rights as Cultural Practice: An Anthropological Critique”, in Human Rights Quarterly 18 (May), 1996, p. 289
[6] “Nothing in this Declaration may be interpreted as implying for any State, group or person any right to engage in any activity or to perform any act aimed at the destruction of any of the rights and freedoms set forth herein.”
Copyright © 2022, Abdorrahman Boroumand Center
What we do Who we are Contact us