“They made baseless accusations against a Jew so that they could steal his wealth and you say he was martyred? No, Sir, I cannot and will not accept that.” 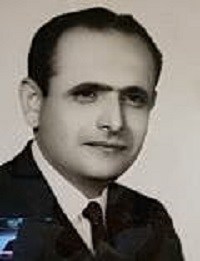 In the fall of 1981, Mansur Qodushim (Ghodooshim), a Jewish textile factory owner from Esfahan Province, suddenly stood accused of a litany of acts against the inchoate Islamic Republic, including “planning to fight and oppress the clergy and the people,” illegal sale of land, and financial support of Israel. Qodushim, who had built his business and wealth through hard work, had started as a street vendor as a child. He was charitable and was well-liked in the community. His wealth and operations caught the eye of the regime, whose unfounded seizures of property dispossessed many an Iranian Jew after the revolution.

Little is known about the scope of the persecution of the Iranian Jewish community in this chapter of history, and victims’ testimonies from the post-revolutionary period are limited, due to fear of repercussions against community members still living in Iran. Qodushim is among the few whom we do know about: his business and property were confiscated
without trial or evidence. He pushed back against the injustice of having his rights so violated on his native soil, pleading repeatedly with authorities:

“Do not let me and my brothers who, for 35 years, carried out our activities with honesty to improve the economy be isolated because we are a religious minority while a handful of self-interested individuals whose objective is to create [a hostile] environment, dishearten and deter people from investing and supporting the country’s industry...”
Excerpt from Mansur Qodushim’s letter to the Head of the High Judiciary Council (November 1, 1980)

“Unfortunately, against all expectations, the directors of two factories in Najafabad were arrested and other people were nominated [by the regime] as factory directors. They imprisoned me, an innocent man, for 80 days. Now, after four months and even though neither of the two factories benefited in any way from public funding or have debts to any bank, the financial situation of the factory is under review at the Islamic Revolution
Tribunal of Najafabad...”
Excerpt of Mansur Qodushim’s letter to the Governor of Esfahan, February 15, 1981

Mansur Qodushim fought hard to reclaim his life’s work, and he paid for his determination with his life. He was executed on September 20, 1981, following a summary trial with no right to defense or appeal. His body was not returned to the family. His and his wife’s properties were confiscated without further explanation. 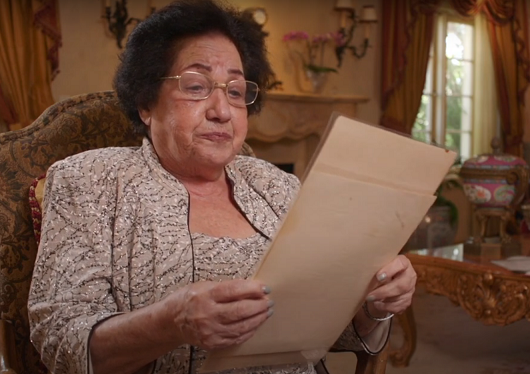 In honor and remembrance of Qodushim, Abdorrahman Boroumand Center for Human Rights in Iran (ABC) has interviewed his spouse Fakhri Soluki, and is releasing today — on the 39th  anniversary of his death — a video account of his fate that includes her unique testimony. ABC is grateful to the Qodushim family for providing the video testimony to be shared in this film. This account — like the Omid Memorial  — is more than a monument to one person’s insistence on their own rights in the face of injustice. It is also an invitation: a call to truth-telling in the face of a state which seeks to wipe out narratives just as it has wiped out lives.